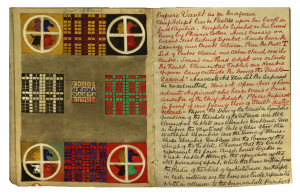 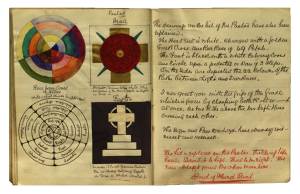 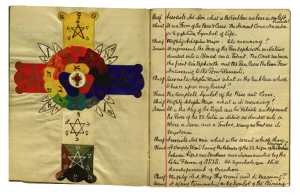 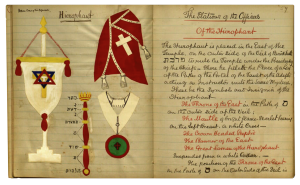 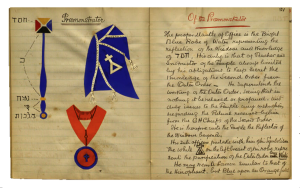 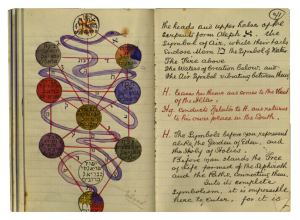 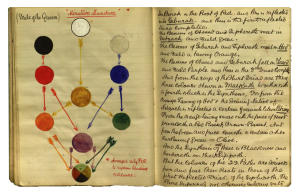 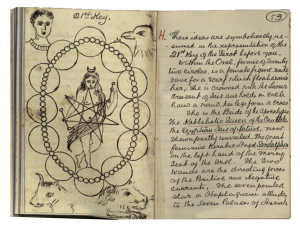 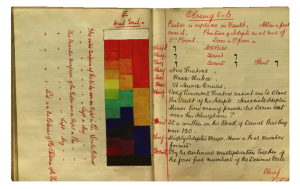 Selections from the Golden Dawn Notebooks by W.B. Yeats

The Order of the Golden Dawn, which WBY joined on 7 March 1890, was a society dedicated to the study of Rosicrucianism and ritual magic. (Rosicrucianism was a seventeenth century movement, based on Christianity, which gave rise to several secret organizations devoted to alchemy, mysticism, and esoteric spiritual beliefs).

The Order evolved an elaborate system of symbols and rituals and also an elaborate hierarchy – members studied and underwent examinations to move from level to level. They used Tarot cards to prognosticate about the future, performed magical ceremonies to access archetypes and in some instances deities, and engaged in the practice of magic.

During the 1890s, the organization, which was based in London, had over 300 members. These included WBY, his uncle George Pollexfen, Maud Gonne, Florence Farr, Annie Horniman  and Georgina Hyde-Lees, who later became WBY’s wife.